When Judy and I were living in Provo, Utah (1993-2000), essentially between sugarcane breeding jobs (Hawaii, Louisiana), one of the "between" jobs that I had was in the Quality Control department at Nature's Herbs in American Fork, eventually bought out by Twinlab.  My job was to test the Alvita Brand of herbal teas.  It actually was a pretty cool job.  Part of the testing included tasting.  As I recall, there were 181 different teas that I taste tested.  To make up that number, some of the teas were actually tea combinations, such as Ginger-Peppermint Tea, so it wasn't like I was testing teas made from testing 181 different plants, though the number of different plants used was probably in excess of 100. 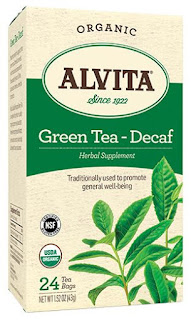 Here is a list of my top ten favorite herbal teas, or, more accurately, herbal infusions.   Technically, the term "tea" should be reserved for the species, Camellia sinensis, as the owner of Charleston Tea Plantation is quick to point out.

1.  Green Tea (Camellia sinensis).  This is the standard by which all herbal teas should be measured.  There is the  decaffienated version, for those who are concerned about violating the Word of Wisdom.  This tea is regarded as having excellent anti-oxidant value, due to the catechins it contains (particularly epigallocatechin gallate (EGCG)) and was by far and away, the most consumed Alvita Tea, hands down.  I admit that I greatly enjoyed the taste of green tea.  Some castigate green tea because of its tannin content, but that is precisely where the catechins are, and hence, where the anti-oxidant value lies.  Take away the tannins, and green tea has no anti-oxidant value.

2.  Black Raspberry Tea (Rubus occidentalis).  Strictly in terms of taste, this was my all-time favorite.  The flavor comes from the leaves, not the fruit.  It too is rich in tannins, so that when you rub your tongue against the roof of your mouth, you will note the astringency, and a bit of the characteristic squeaking sound.

4.  Ginger-Peppermint Tea (Zingiber officinale).  This tea is great for upset stomachs, nausea, and morning sickness, because it contains ginger.  I really didn't care for Ginger Tea, though some don't mind drinking it straight.  To me, this tea is just as effective, and much more enjoyable.

5.  Chicory Tea (Cichorium intybus).  This is a good substitute for coffee; chicory is sometimes used in place of coffee.  I greatly enjoyed its flavor.  Dandelion Root Tea, with the roots having been roasted, is along the same lines, and almost as good.

6.  Rooibos Tea (Aspalathus linearis).  This is made from the bark of a shrubbery plant specific to South Africa, and the history behind this tea is quite compelling.  The color of this tea is quite reddish, hence the name, rooibos, Afrikaans for "red bush."  It not only has a very enjoyable, yet distinctive flavor, but is described as having considerable health benefits.  If you ever fly on South African Airlines, ask for Rooibos Tea; it's their specialty (special tea).

7.  Chamomile Tea (Matricaria recutita).  This tea is good for its calming effect...a good tea for bedtime.  And it has a pleasant flavor.  I might add that I really enjoy Celestial Seasoning's Honey Vanilla Chamomile Tea.

8.  Hibiscus Tea (Hibiscus sabdariffa).  Speaking of Celestial Seasoning, this company has a wide range of Zinger Teas, like Wild Berry Zinger, Red Zinger, Lemon Zinger, etc.  The Zinger fraction of these teas come from the addition of Chinese Hibiscus in the tea.  It adds a distinctive tart and tangy flavor to these teas, which I greatly enjoy.

9.  Echinacea Tea (Echinacea spp.).  This tea is great to have during cold season.  It is reputed to boost your immune system.  In terms of quality control, we tested Echinacea Tea for the level of echinacosides that it contained, to determine potency level.  It is the echinacosides that contribute to echinacea's immune enhancing and anti-inflammatory benefits.

10. Lemongrass Tea (Cymbopogon citratus).  This tea has a distinct lemon-like flavor and citrusy aroma. Lemongrass is a tall, perennial grass native to India and tropical regions of Asia, and is actually a distant relative of sugarcane.

Posted by BayouCane at 8:21 AM