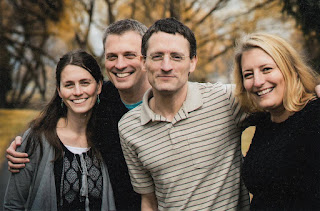 Judy and I were greatly blessed to have four wonderful children.  I thought it might be instructive to them, if to no one else, to see where I was in my life when I was their exact same age.

Let's start with Alan Thomas Tew, our eldest.  Alan and Neal were both born in Minneapolis, MN.  Alan may or may not know that up to the time that we officially named him, he was called Geronimo, a real cool name.  I was 26 years, 7 months, and 10 days old when Alan was born.  Today, literally today, Alan is 42 years 6 months and 9 days old.  When I was that exact same age, it was August 5, 1990.  I had been with Hawaiian Sugar Planters' Association (the Hawaiian sugar industry's research arm, C&H Sugar being its marking arm) for 14 years.  My position was Head of the Department of Genetics and Pathology.  Judy and I had just returned from the Netherlands, where I had interviewed with a Netherlands-based industry for a grass breeding position that would have located us in the Willamette River Valley of Oregon, somewhere near Salem.  As it turned out, I wasn't the right fit for them.  The Hawaiian Sugar Industry was quickly going into decline and I could see "the handwriting on the wall."  Time to get out of Dodge while the getting was good.  When December 1990 rolled around, I joined Southern Turf Nurseries, out of Norcross, GA (a suburb of Atlanta), and became the General Manager of their Hawaii operation. 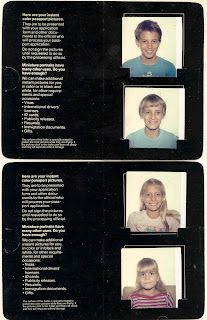 Next is Neal Taylor Tew, our second child.  Neal may or may not be aware that he was called Enoch up until the time he was born.  We chose Taylor as a middle name because we thought it was a reminder that he was of royal stock.  One of Judy's direct ancestors is Agnes Taylor, the Prophet John Taylor's sister, making Judy the great (5X) grandniece of John Taylor. I was 28 years, 4 months, and 2 days old when Neal was born.  Neal is 40 years 9 months and 15 days old .  When I was that age,  it was November 11, 1988.  We had just recently returned back from a 2-month long vacation to Europe with the family.  We had purchased a Volkswagen motorvan in Great Britain with a capacity to sleep all six of us, and with an 80% buyback guarantee; had it ferried across the English Channel to Calais, France; traveled through France (Paris, the Loire Valley, Limoges, the Dordogne Valley); through part of Spain (Bilbao, Segovia, Madrid, Zaragoza); through Andorra; back into France (Carcasonne, Montpellier, Avignon, Grenoble, Albertville); Italy (Aosta); Switzerland (Zermatt, Lake Leman, Gruyures, Interlaken, Lauterbrunnen, Grindelwald); Liechtenstein; Bavaria region of Germany (Neuschwanstein Castle, Linderhof Palace); Austria (Innsbruck, Grossglockner Pass, Villach); Italy (Venice by train); Austria (Salzburg); Germany (Munich, Dachau, the Romantic Road, Frankfurt, Cologne); the Netherlands; Belgium; return by ferry to Great Britain, England Countryside (Bath, Longleit Estates); return to London.  By the end of this two-month vacation, we were expert campers.

Julie Malia Tew (Bertasso), is our fourth and last child.  I was 33 years, 6 months, and 15 days old when Julie was born.  Today, Julie is 35 years, 6 months and 15 days old.  When I was that age, it was July 13, 1983.  We had already lived in Hawaii for over 6 years.  I was about a year away from going on a major sugarcane collecting expedition to Indonesia.

Posted by BayouCane at 6:20 AM