A trail once existed that went from the Village at Sewanee Creek to Sewanee Creek.  It was built around 2010 by Grant Miller and Joe Nunley.  Judy and I went down this trail once together, and as best I can remember, once again with relatives, while it was in pretty good shape...probably during or near 2011.  This year (2018) I tried multiple times to find this trail and finally gave up.  No one has used it in years.

In November, I decided to build an entirely new trail, one that is up to the standards of the State Park Service.  I have spent the last two years or so helping the State Park Service build new trails, and have acquired trail building expertise that would allow me to build a trail up to their standards.  Right now, I don't have much else going on during the morning hours aside from hiking on existing trails, with the gardening completed for the year, and with the Park Service shutting down their trail building for the remainder of the year. 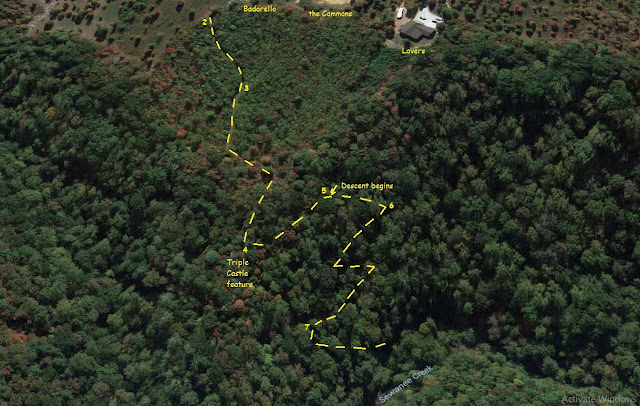 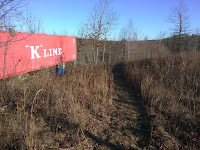 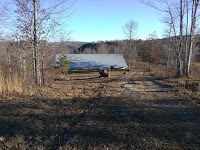 Stage 1 (1775 - 1770 ft elev).
The trail begins on the property of Chris Badarello and his wife, Heather Campbell.  I cleared the already existing four-wheeler road to the edge of the woods.  This road was built by Grant Miller. 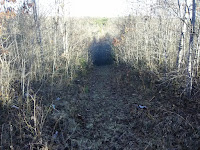 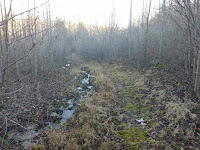 Stage 3 (1720 - 1700 ft elev.).
The trail then levels off, crosses a stream then gently ascends, ending near the 'Triple Castle,' a rock feature named by Grant. 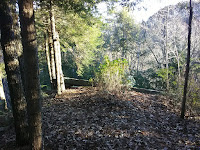 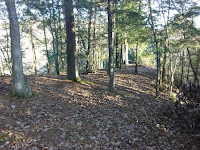 Stage 4 (1700 ft elev).
The walk-only trail now begins, and immediately goes to the Triple Castle overlook.  One can look ahead to the 2nd castle (rock formation)... 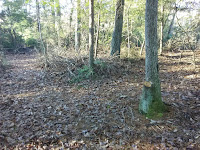 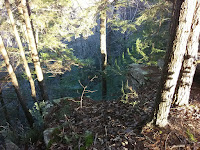 ...or look off the left side into the gulf (ravine) 80 ft below.  The new trail follows along the bluff from the Triple Rock toward the Lavers. 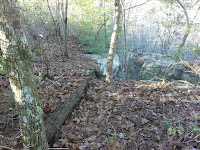 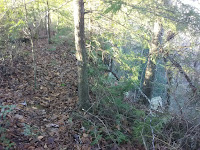 The bluff views are breathtaking and keep the adrenaline flowing, given how close the trail is to the edge of the bluff. 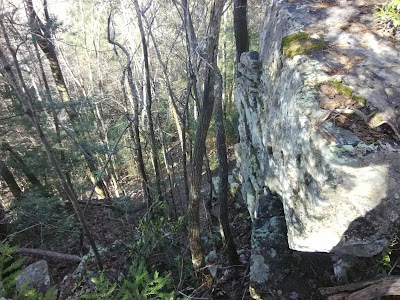 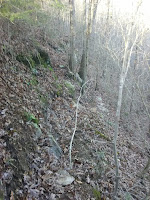 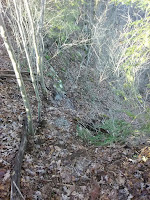 Stage 5 (1700 - 1680 ft elev.).
After walking from the Triple Castle along the bluff, the trail begins its steep descent to Sewanee Creek.  At the beginning of the descent (the bluff portion), I used existing rock features as steps as much as possible.  This stage is followed by a steady descent stage with switchbacks (Stage 6), which, in turn, is followed by a stage on rock outcroppings (Stage 7) that goes all the way down to Sewanee Creek (1450 ft elev.) 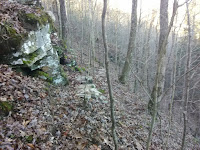 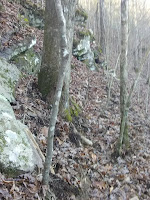 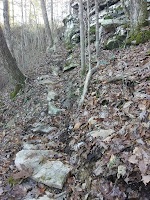 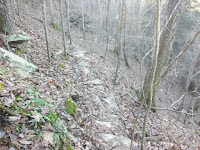